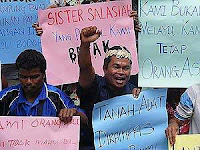 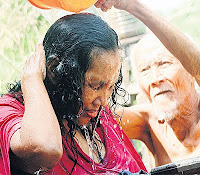 BELOW are excerpts from the question-and-answer session.

Q: There is allegation that you and three other Parti Keadilan Rakyat MPs will jump party. Is it true?
A: That I do not know. But I believe they will not jump ship to join Barisan Nasional. The root problem is that PKR has been made a "stepchild" by DAP leaders. We have to take swift action to solve this problem. I think the feelings of the two MPs in Penang are similar to that of many other PKR leaders who are still keeping quiet.

Q: Do you think the allegations were initiated to bring down PKR MPs?
A: I think these actions are a form of McCarthyism. In fact, I would say they are exactly the same. Any PKR MPs who make allegations against DAP will be labelled as BN agents and accused of planning to jump ship. So the problem is not solved. This is low-class politics.

Q: Do you agree with allegations by (Bayan Baru MP) Datuk Seri Zahrain Mohamed Hashim, (Nibong Tebal MP) Tan Tee Beng and (Kulim Bandar Baru MP) Zulkifli Noordin against DAP, particularly its secretary-general and Penang Chief Minister Lim Guan Eng?
A: I agree with most of what they are saying. Of course, we must be able to agree to disagree on certain parts. We are living in a democratic society and must, therefore, respect each other's point of view.

Q: Are you saying DAP is trying to divert attention to PKR?
A: Have you heard of any explanation in the newspapers (by DAP), saying that this is not true and we will come clean and show proof? None. I was once a DAP leader. I will say this with a very heavy heart... in 1998 I was sacked from DAP on the official charge of "not showing affection" to the party leaders. I was found guilty for speaking up within the party.
I did not even speak to the press. Now, a lot of statements are being made by the little Napoleons that grievances should be aired within the party. But judging from my experience, when you air (your grievances) inside, you might be classified as "not showing affection". And you will be in serious trouble.

Q: So which party is effectively leading Pakatan now? Is it PKR, DAP or Pas?
A: DAP. By the look of things, DAP is leading (Pakatan) because they are immune to anything. PKR is just a "stepchild".

Q: How do you see the position of PKR now, as Parti Rakyat Malaysia (PRM) still exists despite claims by certain quarters that it was dissolved before the merger with Parti Keadilan?
A: I must confess that I was a lawyer for PRM in the case involving Registrar of Societies and (former PRM leaders) Dr Syed Husin Ali and R. Sivarasa when they applied to dissolve PRM. I succeeded in getting them to intervene in the suit in court. Then another lawyer took over and I read in the newspapers recently that the court has declared that PRM is still a valid political party.
So the so-called "merger" was a lie. There was no merger (between Parti Keadilan Nasional and Parti Rakyat Malaysia). I hope PKR will take action and take out the two red lines in our flag because PRM still exists and we must respect it. The red lines are meant to depict PRM. So this must be stopped and clarified to the public that (the merger) was not true.

Q: So are you saying the positions of PKR deputy president Syed Husin, vice-president R. Sivarasa and strategic director Tian Chua are in question now? What should PKR do then?
A: (There is) no doubt about it. They hold their respective positions by virtue of the "merger". PKR should issue a show-cause letter to them and ask them to explain. They must be referred to the disciplinary committee because this is a serious (issue). I would even go as far as to say this is deceptive.
To say that PRM has been dissolved but later it was ruled otherwise by the court (is deceptive). I think this is a more important issue that we have to address because it involves legal entities, and we are just taking other people's name. It seems like we are pretending to be somebody we are not. The former PRM leaders should explain why they lied to the party. I call upon them to explain to the party because I dare not use the term PKR now.

Q: Is it PKR or just Keadilan now?
A: Legally, it is still PKR because they have informed ROS on the change of the name and such but this is not an issue of legality. We are talking about why this was not revealed at the time of the so-called merger. There was no dissolution (of PRM). I was told that some Keadilan leaders were not happy at the time of the "merger".

Q: Why do you think Syed Husin and other former PRM leaders did not address this matter?
A: I can understand that Syed Husin and Sivarasa might feel embarrassed to talk about it and they prefer to sweep it under the carpet. They had argued the case in the court but they did not appeal against the court's decision. Perhaps they are afraid it will arouse public attention. But it has been lingering on many people's minds, as Tan has expressed.
Now that it has come out in the open, we must address this issue. I hope we can be fair in this issue and ex PRM leaders who have misled the public and Keadilan should have taken action against them. All this while they have been asking for action to be taken against other members, except against themselves. They often take the moral high ground and I hope they live up to it now.

Wee claimed yesterday that Ooi, or popularly known as Jeff Ooi, had dragged him into the ongoing crisis between PKR and DAP by accusing him of being one of four PKR MPs who were crossing over to Barisan Nasional.

The accusations by Ooi, who is also Penang Chief Minister Lim Guan Eng's chief of staff, were published in a Chinese daily and subsequently carried by an English daily.

"I have been keeping away from the controversies in Pakatan. Whenever I was asked to give comments, I have constantly refused although deep down in my heart, I was in full agreement with my colleagues in PKR.

"Now that Ooi has dragged me into the controversies, I have no alternative but to respond to his allegations.

"I like to categorically deny the accusations by Ooi and other little Napoleons within Pakatan Rakyat. I have no intention of joining BN component parties or pro-BN parties," Wee read from a prepared statement at a press conference.

The former DAP stalwart, who was sacked from the party in 1998 for not showing "enough affection" to DAP leaders then, said Ooi's actions were similar to that of US Senator Joseph McCarthy, whose act of deception came to be known as McCarthyism.

"This style of low-class politics can carry on in DAP for all I care but it must be stopped within Pakatan if we are serious in wanting to see a change of government at the 13th general election.

"If Ooi thinks that politics of McCarthyism and politics of tagging and labelling will be able to divert public attention away from the present controversies and other internal problems, then I'm sorry for him for making the wrong political judgment," Wee said.

He added that he might institute legal action unless Ooi retracted his statement within 48 hours.At a question and answer session following his statement, the prominent lawyer spoke out about the lies, deception and inconsistencies within Pakatan, as well as DAP's uncontrollable "rampage" within the loose coalition.Wee said Pakatan could face a grave situation in the next general election if the internal problems and ongoing controversies were not solved.

"Public confidence in Pakatan is being diluted by the day due to the ongoing internal spat."DAP in Penang are more interested in trying to sweep these problems under the carpet by accusing others. This is not the way. "If there are problems we must recognise these teething problems and try to solve them."
- Februari 06, 2010 Tiada ulasan: 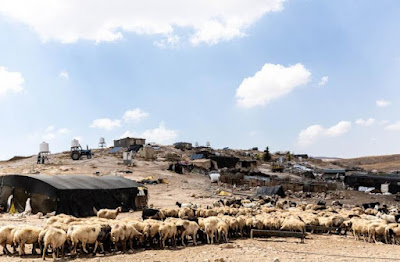