Investing in growth or siphoning out Malaysia’s borrowed money?

New documents obtained by Sarawak Report show that in 2011 the company Good Star Limited, which is controlled by the businessman friend of the Finance Minister, Jho Low, received the entirety of a further USD$330 million ‘loan’ that had been authorised by the development fund 1MDB, supposedly in favour of its former joint venture partner PetroSaudi International.

Good Star Limited is based in the Seychelles, but incorporated in the Cayman Islands and it has a bank account in Zurich. A signatory is Seet Li Lin, who is Jho Low’s deputy.

Jho Low has repeatedly maintained that he has held no role in 1MDB and made no profit from its investment dealings.

Yet, Sarawak Report has already revealed that PetroSaudi Directors had agreed to “act as front” for Jho Low and that out of a total of USD1.5 billion already invested in PetroSaudi  between Sept 2009 and Sept 2010, $860 million had been secretly siphoned into Good Star’s RBS Coutts account in Zurich.

Now, official investigators have ascertained that a further USD$330 million, which 1MDB had sought approval to lend to PetroSaudi in May 2011, also all went straight to Good Star Limited instead.

This money had been funded by “ringgit borrowing from offshore banks and the balance of the Sukuk Murabaha proceeds” said official investigators, reporting earlier this month to Malaysia’s regulatory authorities. Yet approval had only been granted by the regulators for 1MDB to lend the money to 1MDB PetroSaudi Limited (BVI) on the basis that it was to “finance on-going overseas investment in the oil and gas sector”.

The rational for the approval was:

There was no mention made of the company Good Star in the 1MDB application and neither was approval granted for the money to be sent to Good Star.

Nevertheless all four of the payments totalling $330 million from two separate banks in Malaysia went straight to Good Star Limited, according to the documents we hold.

The application presented by 1MDB for this alleged loan had claimed that it was “part of the government to government initiative between Malaysia and Saudi Arabia specifically to explore investment opportunities in the energy sector“, say the investigators.

Yet there is scant evidence of any such formal inter-governmental agreement between the two countries.

Neither has there been any evidence whatsoever of any investment by the PetroSaudi International in Malaysia, apart from the buy out of the Taib family’s UBG bank, which Sarawak Report has now demonstrated was also financed by 1MDB.

Even so, 1MDB had stated in its application to the financial controllers that its lending to 1MDB PetroSaudi (BVI) had been approved by the Minister of Finance and the Board of Directors of 1MDB, say the official investigators.

The money did not go to 1MDB PetroSaudi (BVI), however.  It went to Good Star Limited, controlled by Jho Low.


Misleading information to the financial authorities

Most shockingly, the investigation has further established that the USD$330 million, which was sent to Good Star was officially reported to Malaysia’s Bank Negara as having been paid to the PetroSaudi company 1MDB PetroSaudi.

All such large foreign payment transactions need under Malaysian regulations to be the subject of a so-called ITIS Report [International Transactions Information System].

Under this report it was stated that the money had gone to PetroSaudi’s parent company’s account.

The question now is who was responsible for providing this misleading information that Good Star Limited was a subsidiary company of PetroSaudi International?

Also, why did none of the banks involved in any of these transactions ever see fit to file a suspicious transaction report?

There is also a growing incredulity as to how USD$1.103 billion can still be remaining from this ill fated PetroSaudi investment and sitting in a BSI bank account in Singapore as the Finance Ministry is currently claiming? Sitting pretty – PetroSaudi bought a drill ship with the money from 1MDB and is now licensed to a profitable oil concession off Venezuela. But, what really came back to 1MDB and who was the buyer who allegedly bought up the fund’s loan investment in the company?

Out of a total of at least USD$1.93 billion that Sarawak Report calculates was lent to PetroSaudi we now see that USD$1.19 billion went to Good Star Limited.

Earlier this week we revealed that the Singapore authorities have identified that over USD$500 million then passed through Jho Low’s own BSI accounts from Good Star during the period 2011 – 2013.

Yet the Minister of Finance has claimed in a series of statements that USD$2.3 billion was ‘redeemed’ from the PetroSaudi investment in 2012 and that USD$1.103 billion of that money is still sitting in cash in 1MDB’s Brazen Sky account in Singapore.

He says the reason he does not want to repatriate the cash to Malaysia to pay off some of 1MDB’s pressing debts is because it would involve getting permissions from the Malaysian Central Bank Negara.

Is it time for the Auditor General to ring BSI bank and check the 1MDB account?
- April 26, 2015 Tiada ulasan: 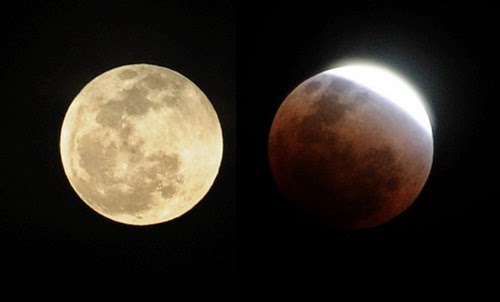 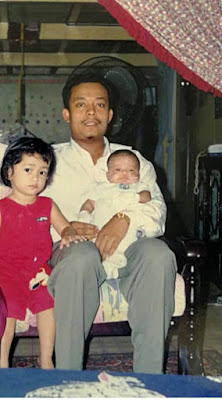