In the piece, Kemelut pelantikan MB Perak, Rais dissected public dismay at the Sultan of Perak’s decision not to dissolve the state assembly. He wrote: “Openly inviting hatred towards the ruler clearly violates the Rukunegara and is a prosecutable crime of sedition.”

Rais Yatim (© British Foreign and Commonwealth Office)Rais recommended that the attorney-general “studies all abusive and seditious statements by various quarters against the Perak Sultan, especially bloggers and the press who are behaving as though the country no longer has rule of law.”

In another story Akta Hasutan paling sesuai dikenakan, the same paper quoted the president of the Malaysian Muslim Lawyer’s Association, Tan Sri Abu Zahar Ujang, as saying the Sedition Act should be used against Karpal. Utusan also ran a table tallying the number of police reports lodged against Karpal between 8 and 10 Feb: 83 nationwide.

In the piece Sultan tentukan siapa MB, Kamilia wrote: “What is clear is that Perak subjects need to understand the high position of the Sultan, and that the Sultan’s orders must be obeyed without question or doubt. We cannot drag the institution of the sultanate to the streets.”

On 13 Feb, Mohd Shauki Abd Majid quoted in Utusan Malaysia a hadith of Prophet Muhammad’s on whether citizens can rebel against their ruler: “Never, as long as he prays with you. Know that those who are governed by a ruler and witness the ruler committing evil towards Allah, they should hate the sin towards Allah but never become disloyal towards their ruler.”

In the piece, Derhaka bukan penyelesaian bijak dan adil, in the paper’s Islamic Discourse column, Shauki argued: “In the context of a stable state, citizens are obliged to stand affirmed that the ruler has the right to command the loyalty of his or her subjects.”

Of the PR leaders, Karpal was the lightning rod for these attacks. Utusan’s 10 Feb editorial, Bertindak sebelum gelombang kemarahan bertambah buruk, claimed that Karpal had been up to mischief since immediately after the 8 March 2008 elections.

(© BSK / sxc.hu) He said the majority of Perak’s voters chose the opposition in the March 2008 elections because they were angry with the BN. But he added that in future, voters would think twice about punishing the BN, since even opposition representatives could jump ship at any time.

Rahman concluded: “...[T]he Perak ‘impasse’ will once more tighten the noose around PKR’s neck ... It is clear that their strategies have not been strategic.”

But it was Mingguan Malaysia’s Awang Selamat who actually suggested a plan of action for the authorities on 15 Feb in Kenapa takut bertindak?: “I agree with the actions suggested by various parties. These include the stripping of citizenship, detaining them under the Internal Security Act (ISA), banishing, and charging them for treason.”

Awang went on to ask: “Is it so hard to strip someone of their citizenship? What is the use of having the ISA if you can’t even detain someone for insulting the monarchy?”

The Bukit Gantang parliamentary seat consists of the state constituencies of Kuala Sepetang, Changkat Jering and Trong. Of the three, only Trong is now under Umno/BN.
However, Siti Mariam said the BN’s chances have improved now that Changkat Jering’s Mohd Osman Jailu has resigned from PKR to become a BN-friendly independent.

Additionally, Siti Mariam claimed that Kuala Sepetang’s Tai Sing Ng from PKR is also rumoured to be one of an additional four PKR state assemblypersons interested in crossing over to the BN.

Harussani said if a decision had been made by the ruler, the public should abide by it; “just as how we are obliged to abide by the commands of Allah and His messengers.”

Sinar Harian’s assistant editor of its Perak edition, Manzaidi, wrote the paper’s editorial on 14 Feb, Hati rakyat luka, masa untuk rawat. He wrote: “The BN must remember. They cannot begrudge or hate the rakyat. But they have to realise that the people of Perak begrudge and hate them now.”

He concluded: “History shows that each general election reflects the public’s attitudes and attributes. It’s impossible for leaders not to be able to ‘read’ the rakyat’s signals.

Usually, BN and PR leaders have been careless. They forget their roots very easily. They never learn from history.”
- Julai 30, 2009 Tiada ulasan: 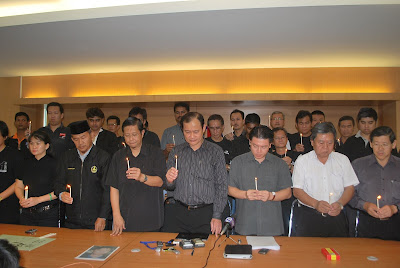 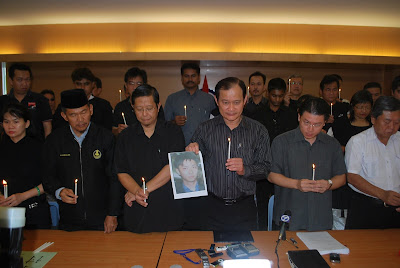 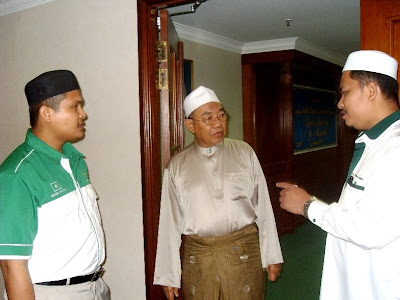 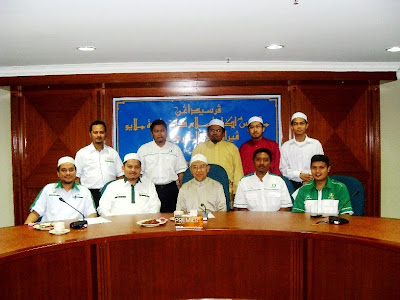 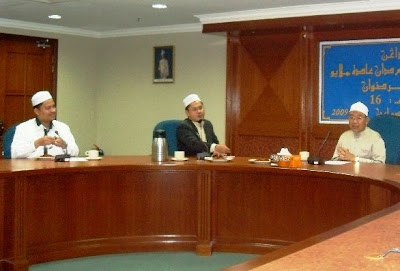 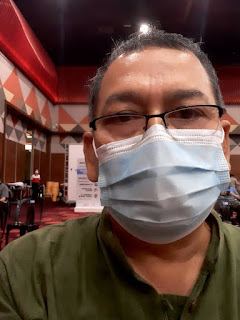